What we do. Photos.

We’re often asked where and how our boxes are made.  More time in the home office currently has provided time to share some images that help to tell the story.

Our boxes are assembled in Okehampton, Devon – but that’s just the final point of call for the 148 components and 646 rivets that go in to a Tourmalet box – much of the value is added further upstream the in the supply chain, with as much material as possible sourced locally.

As an example, we’ll look at the ten panels that make up the sides of each box. Made from a high-strength aluminium alloy, these are rolled to a 0.5mm thickness in the USA, stocked as sheets by an aerospace material broker in Cornwall, then laser-cut in Plymouth and screen-printed near Exeter before delivery to us.

Having these suppliers so close helps to keep lead-times for standard boxes down but, more importantly, gives us rapid access to the type of one-off parts that are so important in being able to offer custom sizes and features.

The following images take a closer look at the printing of the panels and the final assembly of complete boxes, all performed in small businesses by skilled craftsmen.

The graphics you see on the standard Tourmalet and Ventoux boxes are applied with a traditional screen-printing process – super-tough epoxy ink is applied in two stages, black and green, directly to the aluminium substrate. This is a job that requires precision and patience – there is no second chance with these inks… The resulting finish is highly scratch resistant and is able to withstand the best efforts of the most careless of baggage handlers!

Final assembly is all about rivets, many thousands each day. Printed panels and anodised extrusions and laid out and aligned on assembly jigs made from machined beech before being joined with four sizes of special closed-end rivets. Each one of these are incredibly strong – even the smallest size used could suspend the weight of two average cyclists. With more rivets per square metre than a Boeing, you can see why these boxes are so strong. Final assembly of each standard box typically takes three hours – custom designs can easily be double or triple that…

I hope that helps to answer a few common questions – please don’t hesitate to contact us further here about anything else.

Special thanks to Simon Edwin at Studiose for providing the photography – Studiose were behind the recent revamp of box graphics and website updates. Printing is by Optima Graphics. Both are highly recommended. 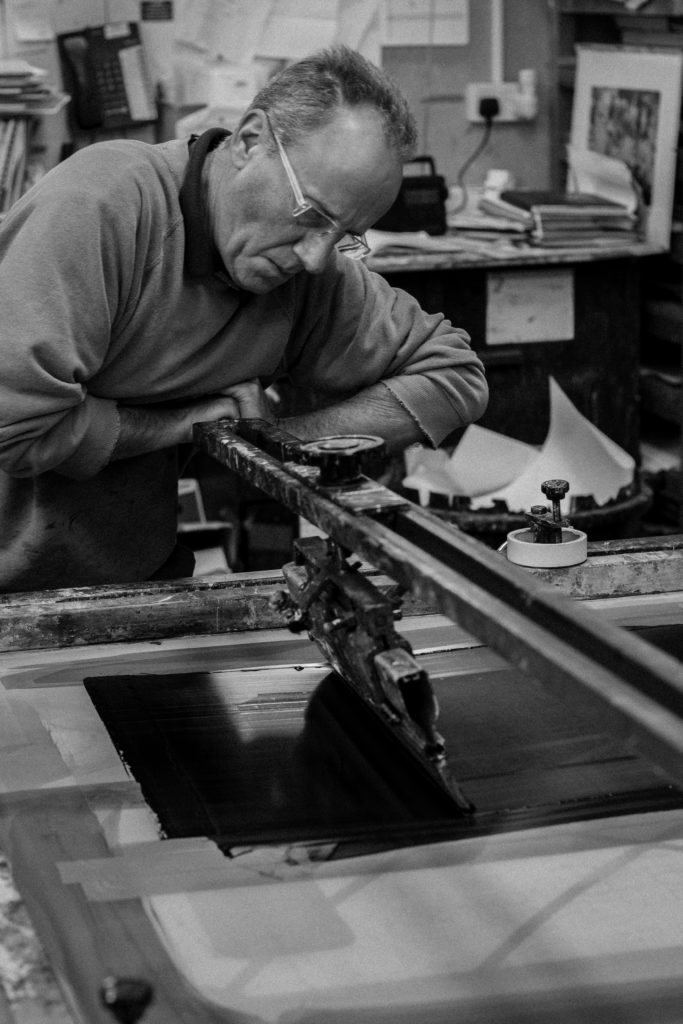 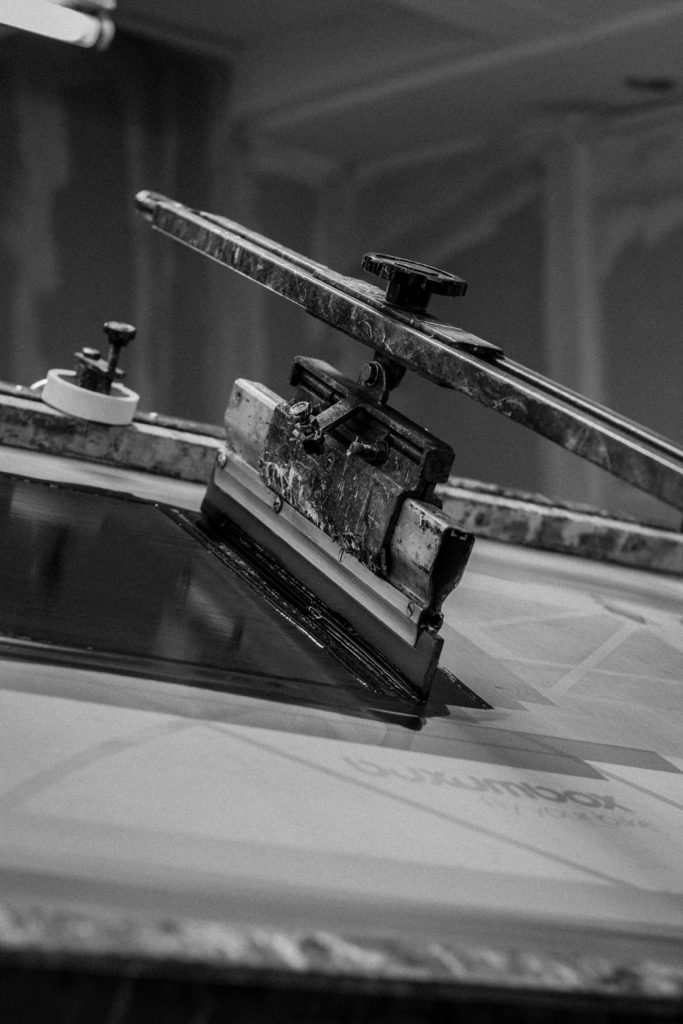 The print squeegee and screen – traditional printing methods live on! 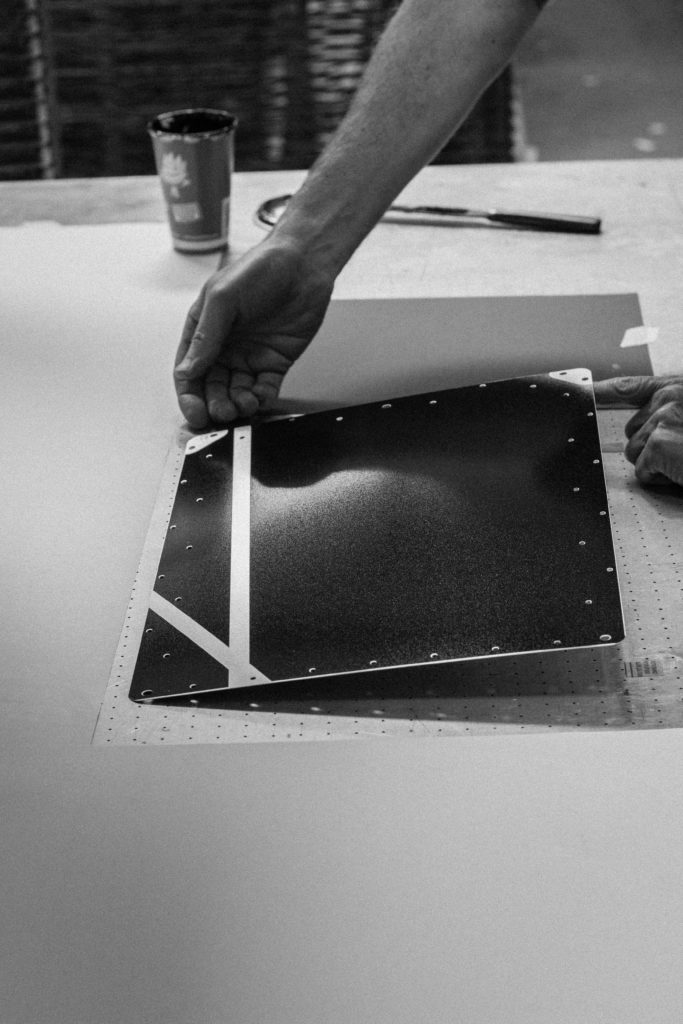 One printing pass down, one to go – green stripes are printed over main black graphic 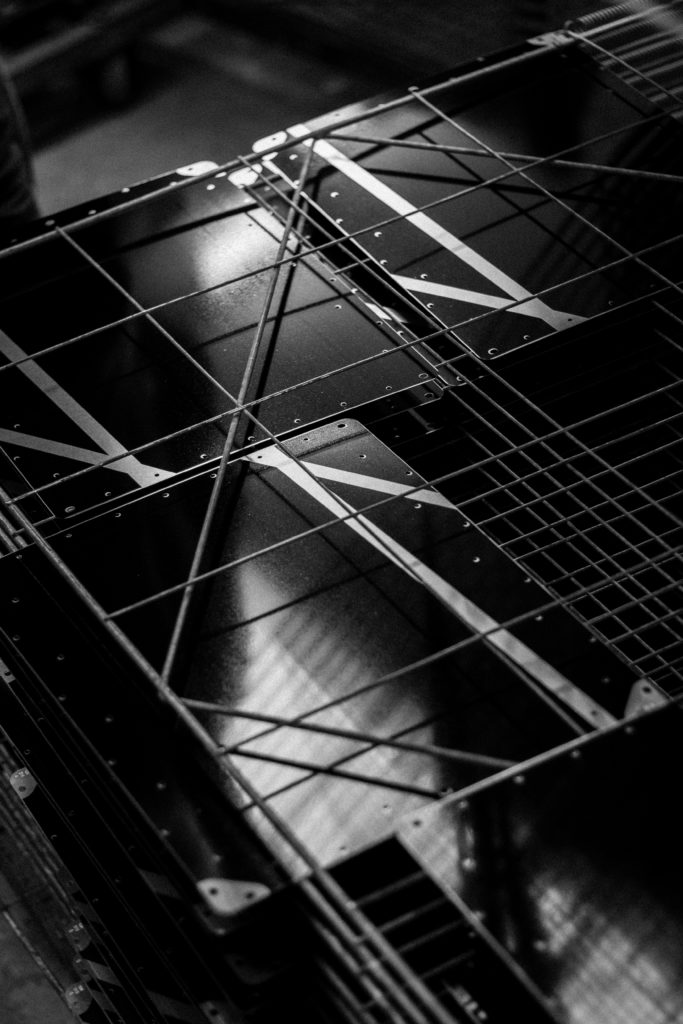 On the rack for 24 hours of curing

This print head has seen some life…

More rivets – we use a lot of these! And a second life for a tea tin…

Hydro-pneumatic rivet guns from Japan make light work of these